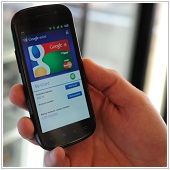 Google may soon find itself going head to head with services like PayPal as it debuts a new service called Google Wallet, which enables users to transform their smartphones into virtual credit cards. Simply swipe over a participating outlet’s cashier to pay for your bills and earn loyalty points and coupons at the same time.

Smartphone technology has grown by leaps and bounds these past few years, and having a smartphone these days is almost synonymous to being online all the time. Software giant Google has decided to tap into this phenomenon with a new service called “Google Wallet”, which enables users to make purchases and payments from their smartphones.

Partnering with Mastercard, Macy’s, Subway, American Eagle, Citibank, and Sprint, Google assures users that their e-wallet service is safe. The service requires that smartphones have a special chip that allows the user to simply “tap” or “swipe” the phone at participating stores to pay for merchandise or services. When you swipe your smartphone’s e-wallet, you also earn coupons and points for rewards.

The technology is also designed so that the user can turn the chip off when Google Wallet is not being used, making it safe from hackers. If the smartphone is lost, the data can also be wiped remotely.

A similar system to Google Wallet has been operational in some countries including Japan for some time now, but its use is limited to only certain areas and stores there.

While the concept of Google Wallet has great potential, there are still several limitations to the system as Google continues to look for more partners for the enterprise before its official launch, which is slated for within a month or two.