SMBs More at Risk from Cyber-Attacks

SMBs More at Risk from Cyber-Attacks 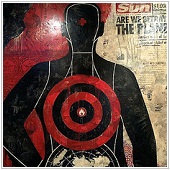 An alarming trend in cyber-crime is becoming more and more prevalent these days – the increased number of SMBs targeted by hackers and cyber-thieves. Security experts point toward the weaker security protocols many such companies have, making them much easier targets for cyber-attacks.

There is a misconception among many SMBs that they are small targets for would-be cyber-attacks. “We’re too small a company to be of any worth” is the mindset of many. However, there is an ongoing trend in which smaller companies actually find themselves victims of the most elaborate and vicious cyber-attacks.

Why? Security experts are discovering that SMBs tend to have less or inferior security protocols in place to counter cyber-attacks. While this was of little consequence in the past, cyber criminals are now starting to take notice of the fact, and are exploiting it to their advantage. And it’s profitable too – an attack on one SMB might not amount to as much as a larger organization, but given the greater ease through which hackers can attack smaller businesses, they more than make up for the difference in the volume of companies they target. According to several news reports, these cyber-thieves can make off with as much as $70 million.

The more unfortunate fact is that smaller companies are less able to counteract the effects of losses from cyber-attacks. This is why you should stay one step ahead of cyber-thieves by updating your security systems. Short term or long term, it’s a practical solution to keep information and data safe, and your operations stable. Give us a call today – we can help.